After a relatively successful first season, Leopards had a mixed 1995/96 campaign. Billy Mims’ team moved up to fourth place in the Budweiser League with 23 wins from 36 games, but their form in Cup competitions was patchy. They failed to progress from their Uniball Trophy group, and suffered a shock quarter-final loss against Division One side Crystal Palace in the National Cup. The play-offs proved to be a real disappointment as they won the in Manchester in game one before losing both games against Giants at London Arena. 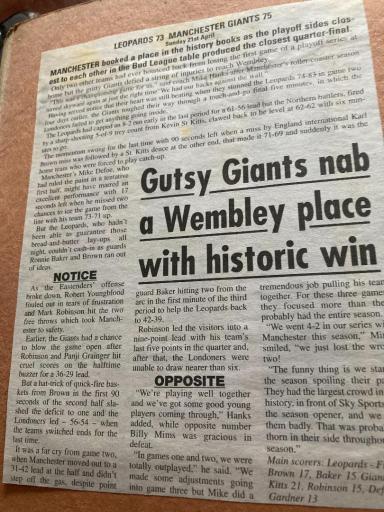