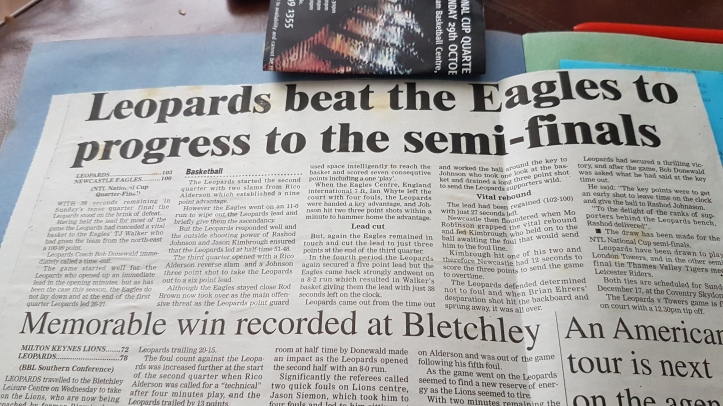 LEOPARDS continued their good form against EBL opposition as they reached the National Cup quarter-final with a 96-86 victory against Westminster Warriors on Saturday evening.

Vernon Teel led the way with a triple-double, finishing with 32 points 12 assists and ten rebounds as the Big Cats set up a trip to Bradford Dragons in the last eight.

John Lister added 18 points, while new signing David Buchberger – who joined the club from BBL champions Mersey Tigers on Thursday – added 17 and five points on his debut. Ousman Krubally had yet another double-double with 15 points and 13 rebounds for a Leopards side who lost centre Will Ohuaregbo after just two minutes of action with an ankle injury.

The visitors started strongly as Laken Popoola and John Johnstone gave them a 4-0 lead before Lukas Volskis opened the scoring for Leopards. A Zac Wells dunk put the Big Cats ahead with 7:11 on the clock, and the hosts never trailed again as Buchberger’s trey sent them into the first break 23-18 ahead.

Popoola again opened the scoring at the start of the second half, and the home side were pegged back to 32-32 with four and a half minutes gone. But a pair of David Buchberger free-throws launched a 16-4 run capped by John Lockwood’s dunk to send the home side into the locker room with a 48-36 lead.

Teel extended that lead before Johnstone opened the second half scoring for Westminster, and the visitors got as close as six points when Y Bulambwe converted an and-one with 7:42 on the clock.

But a 19-2 run started by Tell and capped by Lister’s three-pointer off Teel’s assist helped Leopards into a comfortable 78-59 lead at the final break.

That lead was still at 19 points with three fourth period minutes gone, but for the second week in succession the Big Cats relaxed, and a 15-2 run from the visitors saw them make it a seven point game heading into the final three minutes. Teel broke the run with back-to-back baskets and Buchberger made it a double digit lead again going into the last minute as Leopards wrapped up their fifth successive quarter-final place from the foul line. 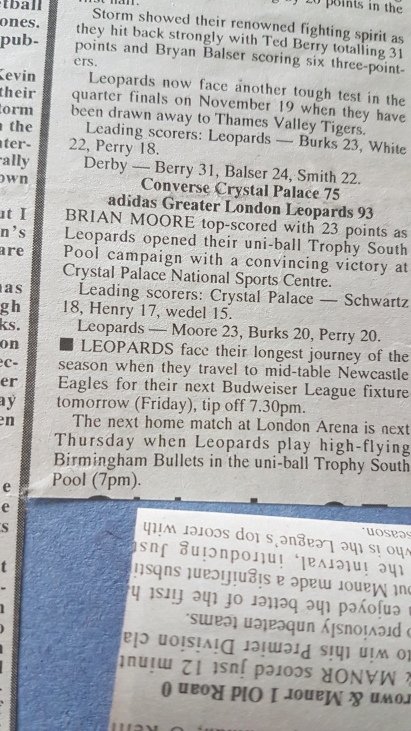