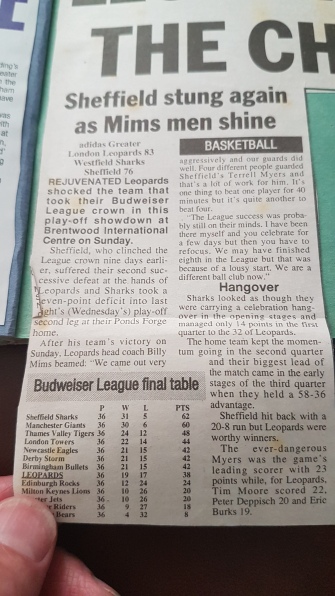 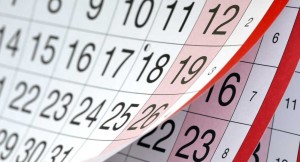 LEOPARDS found the strength in depth of BBL neighbours Essex Pirates too strong on Sunday as their season ended with a defeat in the Essex Challenge Cup. The Big Cats were unable to build on a stunning first period performance which saw them lead by as many as 16 points, as once again their short bench saw them tire.

With leading scorer Carl Latham-Henry injured and Mike Holbrook unavailable, Leopards drafted in Bradley Wilkinson (who started the season with them) and Jesse Chuku from Barking Abbey for coach Jon Burnell’s final game in charge. Leigh Greenan and Sam Richardson led the hosts with 12 points apiece, while Chris Michaelides and Marlan Henry each added 11 in a balanced scoring effort.

Burnell’s team raced out of the blocks as Michaelides drained a three and Greenan converted from close range. A rare trey from Richardson followed by a pair of free-throws from him put Leopards 10-3 ahead, and that lead was extended to 14-3 with scores from Michaelides and Greenan. Volskis also scored from the Land of Plenty before Jamal Anderson sparked a 7-0 run for the Pirates to cut the lead to 17-12.

Leopards response was immediate with a 10-0 run which saw Michaelides and Henry both sink threes and Volskis score the other four points as they opened a 27-12 lead. Anderson replied with a single free-throw before Greenan scored again to give Leopards what proved to be their biggest lead of the game. Pirates scored the final four points of the period through Taner Adu and Sam Toluwase to cut the lead to 32-20 at the first break, and that set the tone for the second quarter.

Only Chuku got on the scoreboard for Leopards in the first five minutes as Pirates opened with a 10-2 run, and although Wilkinson broke the run with a free-throw, the visitors replied with another nine straight points to take the lead for the first time. Three points from Wilkinson plus a Henry jump-shot kept Leopards in the game, but American forward Randy George completed the first half scoring to send Pirates into the locker room with a 45-40 lead.

Adu opened the second half scoring as Pirates scored the first five points, and although Richardson scored five points – including another trey – in the third period, the visitors stretched their lead to 62-54 at the final break.

Any thoughts of a comeback were quickly erased as Pirates – who effectively wore Leopards down with their 14 man rotation – opened the final stanza with a 16-2 run, as only Chuku troubled the scorers for the Big Cats in the first seven minutes.

A timeout from Burnell stopped the rot, and with Chuku burying a three-pointer and Greenan scoring back-to-back baskets, Leopards outscored the visitors 15-4 in a three minute spell before Michaelides finished as he started by hitting a buzzer-beating three to finish the season.